Jerome Karam and his team behind real estate development company JMK5 Holdings have focused on taking on larger projects around the Greater Houston Area.

With more experience and a bigger team than ever, Jerome Karam feels like it’s the perfect opportunity to jump on projects that make sense.

Ultimately, it was hard to ignore a true passion. He ended his law career and focused entirely on real estate development. With a particular focus on real estate redevelopment projects, he focused on his home state of Louisiana and the Greater Houston Area in Texas as perfect spots to get going.

The company initially acted a little conservative, mostly taking on smaller projects. With real estate and commercial projects going on, they gradually increased in size. It seems as though their development team is constantly looking for ways to outdo the previous project.

Once Jerome Karam’s children became old enough, all five joined in the day-to-day operations of JMK5 Holdings. It’s a true family affair, as Jerome‘s wife, Leslie, is also part of the company.

Big Projects on the Rise 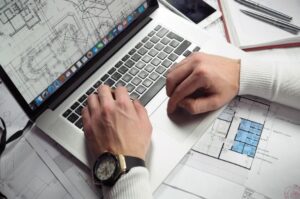 In recent years, most of the big projects completed by JMK5 Holdings have been completed. Watching the growth and development of solid relationships within communities have been interesting.

That goes a long way towards getting the opportunity to redevelop properties in the first place. Some of the most significant projects are listed below.

Working with a big, historical building like the Falstaff Brewery in Galveston, Texas, was a massive opportunity for JMK5 Holdings. Jerome Karam knew that doing this building right could rejuvenate the surrounding area.

Built in 1895, there was no longer a need for a Brewing Company in that location. It would be hard to find anything to take up the entire space, so Jerome broke it into three different facilities.

First reopening just a few years ago, there’s climate-controlled storage, a hotel, and a private event/wedding venue. The space was maximized to make the most out of the property as a whole. It’s found a way to not only make the building look much better, but the surrounding area has also experienced a resurgence.

Having an impact on a historic building like this makes smaller cities like Galveston buy into redevelopers like Jerome Karam. It played a role in JMK5 Holdings, getting other opportunities to take on projects around the city.

Most people in the Texas City, Texas area, are familiar with the old Mall of the Mainland. It started to lose its appeal to the general public as time passed, allowing Jerome and his team to step in and make a purchase in 2015.

Reimagining a cookie-cutter mall into a new city center seemed like the way to go. Jerome Karam announced that his project would be called the Mainland City Center, but it was more than just a name change to get people back out.

There’s a green space for outdoor entertainment, a focus on variety with tenants, and a renewed interest in keeping everything looking well-kept. A lot of work went into getting it right, attracting locals and travelers driving through the busy area. New tenants are signing all the time, making it a top commercial location in the area.

Gulf Greyhound Park is the newest venture for JMK5 Holdings. It has a chance to be one of the most significant redevelopment projects for the company and Galveston County.

The beloved Gulf Greyhound Park closed after being in operation for almost three decades, and locals were eager to see what would become of the property.

Jerome Karam saw this as an opportunity shortly after Gulf Greyhound Park had to close the stores a couple of years ago. With a total of 88 acres to use, the space is there to modernize existing buildings and make it an entertainment center capable of bringing in big names.

The project is still in the works, as there’s been no official announcement of when Gulf Greyhound Park will officially open as an entertainment center.

However, Jerome is very excited about the potential once the public gets a chance to see the final look. Redeveloping an entertainment center is about appealing to future acts and attendees.

Opportunity makes a considerable difference for JMK5 Holdings when looking for new properties. What leads to opportunity? It’s a variety of factors.

Location matters a lot with any new potential property. There’s no way to change location, so he needs to be in the right spot to thrive with a new concept.

The condition also matters since Jerome Karam and his team focus on redevelopment instead of starting from scratch. A property that needs a ton of work might not make the most financial sense overall.

The cost will always play a role in any decision-making for a development team. Finding great deals and turning them into much more than they look currently takes a level of expertise that JMK5 Holdings believes brings to the table.

Anyone interested in seeing all the current and existing projects for JMK5 Holdings can visit their website. They provide constant updates and any other news and information regarding their company.