A brief overview of The Lemon Pipers

The Lemon Pipers of Oxford, Ohio are best known for their 1967 bubblegum-pop hit “Green Tambourine.” The band was signed to the Buddah label, which was headed by Neil Bogart, the late record executive. The band’s debut single, “Take A Look Around,” did not chart, but their second, “Green Tambourine,” did. Paul Leka and Shelley Pinz wrote “Green Tambourine,” as well as the band’s other follow-up songs.The Lemon Pipers were pressed by the label to stay in the bubblegum genre, despite their own taste for psychedelic music; they reluctantly recorded “Green Tambourine” because Buddah threatened to drop them if they refused. The band eventually departed Buddah and disbanded in 1969.

In 1966, a group of Oxford, Ohio college students created the Lemon Pipers. The band was originally made up of four members: pianist Robert G. “Reg” Nave, guitarist Bill Bartlett, bassist Ron “Dude” Dudek, and drummer William E. “Bill” Albaugh. Each band member had previously performed with different ensembles in campus pubs. They also performed often at local clubs and underground rock venues in Oxford and nearby Cincinnati, and even competed in a local rock band competition, losing to another would-be rock heroes James Gang.

Dale “Ivan” Browne, the Lemon Piper‘s future lead singer, was a university student in Miami, Florida when the band recruited him. Dudek was eventually replaced by Steve Walmsley, a new bassist. The band subsequently met manager Mark Barger, who helped them land a recording contract with Buddah Records, which was run by the late industry veteran Neil Bogart at the time. Through Barger’s advice, the Lemon Pipers were able to negotiate a song publishing deal with the label in addition to a recording contract.

“Green Tambourine” was the band’s number one smash single.

“Turn Around and Take a Look,” written by Bartlett, was the band’s first hit. When it failed to chart (at #132), Buddah enlisted the help of two Bill Building alums: record producer Paul Leka and lyricist Shelley Pinz.

The Lemon Pipers tasked Leka and Pinz with writing a possible smash song. Finally, they came up with a song called “Green Tambourine,” which is more in the bubblegum pop style that was popular at the time. Unfortunately, the Lemon Pipers’ hard rocking members were uninterested in the new song’s musical style. The band unwillingly proceeded to record it, knowing that Buddah would drop them.

In 1967, “Green Tambourine” topped the charts, reaching #1 on the US Billboard Hot 100. It also charted at #7 in the United Kingdom. It was certified “gold” after selling a million copies. “Rice Is Nice,” their following song, was similarly written by Leka and Pinz. In 1968, it reached #46 on the Hot 100 and #41 in the UK charts. Both songs were featured on the band’s debut album Green Tambourine, which debuted at #90 on the Billboard 200.

However, the Lemon Pipers and Buddah Records do not get along. The band wasn’t thrilled with their current situation, especially since they were under pressure to stay in the bubblegum genre. As indicated by their debut album, the chasm between the band and the label widened.

“Jelly Jungle (of Orange Marmalade),” another Leka/Pinz composition, was the Lemon Pipers’ most recent charting single. “Jelly Jungle,” from the band’s last studio album Jungle Marmalade, is another bubblegum pop song. It peaked at #51 on the Billboard Hot 100.

The band’s breakup; the members’ lives and occupations after the Lemon Pipers

In 1969, the Lemon Pipers left Buddah and called it quits. Bartlett, Walmsley, and Nave formed a new band named Ram Jam after leaving the Lemon Pipers. Individual members then went on to pursue their own lives and careers, the majority of which were related to the music industry and performing. Albaugh, an ex-Piper drummer, died in 1999 at the age of 53. 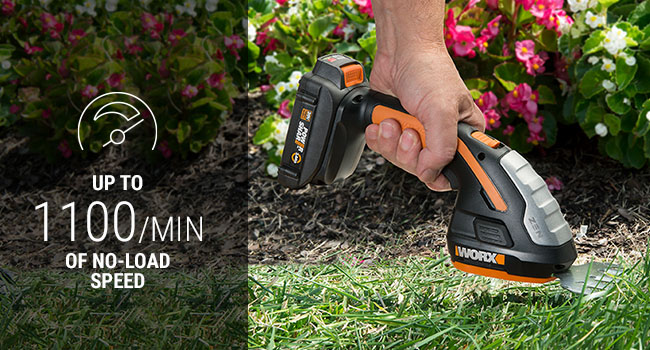 Benefits of The Cordless Grass Shears with Extension Handle